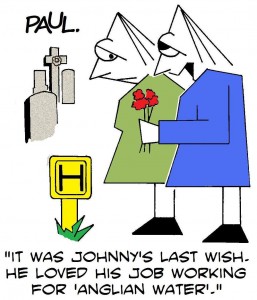 The *Object of The Exercise Overall / Raison D’etre
(for ye establishment emitters)
is to scramble all conversation and render it to the meaningless thus confusing
(further)
the greater population at large and erode all conduits of clear definition
(especially)
and the subsequent clear opinions to be derived from that clear definition.

WITH FULL ACKNOWLEDGEMENTS  TO THE GREAT  ROGER MELLY
of
VIZ  MAGAZINE

One of our prime intellectual inspirations and main beacon lights for ODA,
particularly for this page.

We think the remiknder to all of the quote of a previous observer who noted:
‘We can only see so far as we can as we are stood on the shoulders of giants’
(Isaac Newton)
is most apt to our situation.

The setting-out of our listing of ye nomenclature order of service is, to date,
until we build a decent stock list,
is as / our first word taken to task below

So,  to start the ball rolling:

Perceived Object of Exercise – Specific to This Word Usage for Ye Emitters:                           As/ above, the word is liberally sprinkled around all discourse by apparatchiks various.  Almost all of the officers of state who carry badge of office use it; they at least having a dais to stand on and issue diktat;  but this critique is directed primarily at (mainly the plod directly orchestrated) state puppets, they thought doing it in order to justify their own opinion of themselves as somebody of authority and then as a justification of their stance/presence. They emit it liberally without firstly establishing the ground rules of fact on the subject of point, and/or, prove the validity of themselves in office of authority which they claim and anything subsequent they might emit.

As said, almost invariably, no mutually agreed fact will have been firstly established prior to above pronouncement of ‘appropriateness’,  the above can only usually be interpreted as opinion, BUT again, almost invariably,  the apparatchik Ops always render use of the word as an instruction.

NB. The pointing-out that opinion does not equal fact  to any Apparatchik Op  will invariably be met with the usual explosion of self-righteous ego manifesting itself in the now time honoured phrase:   ‘!  I AM THE LAW  !’

Next one up for treatment:

ODA
H&S Policy,  Customer Care Pledge,  Consumer Charter,
(+ Several other convoluted glossy coats we just can’t be bottomed to list):
If you have been affected by any of the above:
Fuck-off and get your bloody counselling*
AND
! YES !
! Congratulations,  you’ve made it !
! YOU’RE A VICTIM !
You’ll never be stuck for conversation again.    Ever.

See the base of THE WOM PAGE