The Project
A deeply philosophical movement to change at least UK Society,  if not to go on to establish a framework for all on planet  (including the aliens)  to live by.
Progress:
It’s evolving still and we’re still in Phase I of ?
Thought to date x4 :
The Descriptive
+
The Prescriptive
+
Proscriptive
+
Stockport County’s Chances next season
come out as the obvious candidates so far – obviously.

1:  To reverse the current status quo and get Ye State to service  The Electorate at large and
The Taxpayers in particular (with no pro rata regard to amount paid).
2:  To have, at the very least,  a moderate amount of fun taking the piss on the way
out of those prats who are so far up their own arses that they are in danger of
trepanning themselves if their toothbrushes slip.

The Route Map Proposal to Date:

Phase II
Deep examination of Ways and Means forward.
Conclusion and agreement on just wot to do to go forward.

All the naughty people of all flavours including all those who shouldn’t be here as they’ve sneaked in, all the ner-do-wells and general xxxxxxxs,  are banished abroad for life to work as slaves in MacDonalds* + KFC** etc feeding foreigners with the very best offerings there presented until they too turn round, are enlightened,  and fxxx the fxxxers off somewhere else where they’ll mither no fucker and they can spend the rest of their miserable span conning each other.

All chemicals are banned in food production and organic spuds are grown like they used to be for proper chips,  and organic wheat as well for proper barm cakes.
All UK MacDonalds* + KFC** etc  (other chemical outlets are available)  are shut down,  (except in Blackpool which is quarantined off to remind people of just wot could be wot),  and converted into proper traditional chippys.
Quinlan Terry is appointed Chief Architect providing he behaves himself and doesn’t ponce about like Albert Speer did.
Everybody gets free organic chips, peas & gravy for life.
The 1000 Year Chip Reich is established.

RANT Pt 1:
Oz Practice is Adopted : Attending a polling station and voting at all elections is made compulsory***,  albeit all voters then having the freedom to despoil their ballet papers.
***Exemption : If proved (proper) extenuating circumstances proper apply which preclude attendance at station;  the use of postal vote is then accepted.  Voting/ withdrawal by despoiling paper – Same rules as/ attending voting station in person.  Allowable total exemptions due to extreme sickness/ incapacity usual and already internationally accepted to still apply.
The penalty for false claim or false use of postal vote is banishment with the rest of the naughties.
Coalition governments are to be verboten except in Grand Emergencies proper such as war proper.
In event of hung chambers:
All major local issues are put to referendum.
All major national issues are put to referendum.
Elected term is reduced to maximum of 1/6 of usual.

RANT Pt 2:
We all go wom and mind us own business as there’s no need to kick-off further as no fucker is likely to mither any other as we all get a shout that counts at elections and those elections are held regularly on anything of major interest and relevant to the electorate and whoever is elected carries out their manifesto pledges or they get automatically fucked-off abroad to clean the shit houses 24/7 in MacD’s* in Uzbekistan while being force-fed,  a la Frog duck,  with chemic-ridden processed shite – for what is left of their shape-shifting life.

‘ROMANI ITE DOMUM
+
JUST FUCK-OFF THE REST OF YOU‘
to be painted in 50′ high letters on The White Cliffs of Dover
and
8’x4’ signs pronouncing same and facing seaward
to be erected all around the coast at 220yd intervals.
All UK Embassies have front door mats with same woven in in 9″ letters.

The Coast Guard proper to be reinstated to full with all OP’s armed sufficient to cover their sweep particular.

Coastal Command to be reinstated to full including the Blenheims to be with updated with modern bang-sticks, heated cabin and some decent tyres.
DH Hornets with same.
And,  The Westland Whirlwind to be finally sorted and brought to crease.                                   (Q:  Would the Lyon-Napier Sabres do the job ?)

Stockport County to win a match.
The End.
***<TBC>

Oportet Operam Dore
However,  me thinks,  it just depends what you’re working at.
😐
Old :    The Ed.

And, ODA, supports, the Oxford,.

CLOSED FOR RE-FURB’ UNTIL
AUTUMN 2013  (Rev 1)
SEE THE NEARLY HEAD OF PAGE NOTICES
TO NEARLY THE HEAD OF WOM PAGE  !

All times noted to writings to    >Railway Time=London Greenwich<    * PROPER.
None of that funny foreign  ‘Eastern Seaboard Time’  etc
(Which they use in Great Yarmouth)
or even any of that UDT.
(Lark wot owr milkman ‘as) 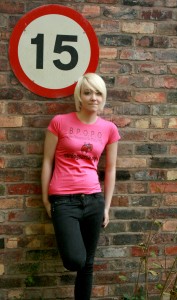 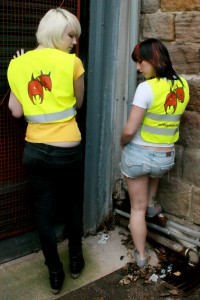 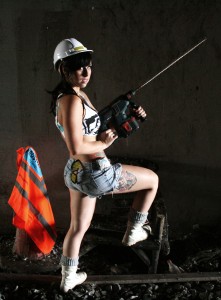