If  No News Is Good News,
How Is It  They Keep Manufacturing It ?

If the following doesn’t convince you of the continuity of contrived poo,  nowt will:

Subject:  UK :  Withdrawal of governmental services to the disabled proper

x2 On same theme with direct relation to No 1 below

ref  Sue Marsh
http://www.youtube.com/watch?v=7cjQBaMDr2Y&feature=em-share_video_user
‘The diary of a benefit scrounger blogger speaks at Netroots UK digital activism conference in London on  Saturday  30 June 2012.
Sue Marsh suffers from chrones disease and is in and out of hospital.
She founded  The Spartacus Campaign  to lobby the Lords and MP’s for disabled rights.’    Anon poster

ODA COMMENT:  As/ 1 below : Still to be reviewed proper, but chilling so far.

There is a 30 minute show at 12 noon Monday-Friday (not Thursday)
There is a 2 hour show on Thursdays at 2pm which is also available live as audio only on TNS Radio.

‘Today,  (06-07-12),  Brian Gerrish is updated by Danny Bamping on the latest news of Roger Hayes’ imprisonment, and the constitutional issues it raises’

‘Mr Roger Hayes was arrested without charge,  thrown in jail.
Go figure.
Political rendition is NOW fact in  UK, USA, Canada, and Australia.
God help us all.
Please read:
The Wave:    By Morton Rhue
1984:    By George Orwell
Let your life be a friction to the machine’

Subject:  It’s in the name

ODA COMMENT:  Well worth a looking-at.  Your full clear glasses on though please.

‘This is a wonderful blog been run by a GP defending his patients against the UK DWP and their machinations funding cuts and general rug-pulling’
http://thejobbingdoctor.blogspot.co.uk/2012/07/here-we-go-again.htm

Reporters Notes of above report:    ‘I’m seeing reports that the dust was created by a hydraulic jackhammer or air hammer.  The dust was more than likely radioactively charged so wherever the air was blowing, this would be a safety issue for anyone in the path of the dust clouds that were billowing out . …  They removed concrete pillars so thinking they would be removed by hydraulic methods that created a great deal of concrete dust.  Were explosives used also ?  Anyone know, please post below . ..  I’m still looking for more info and viewing other videos on what they did last night. This would explain why Tepco put the 60 ton cover over the spent fuel pool to prevent anything from falling on the pool itself’  continued  . . . …

FAIR USE:  This site may contain copyrighted material the use of which has not always been specifically authorized by the copyright owner.

ODA COMMENT:   Reserved as we haven’t had the time to view proper, but we’re most apprehensive that everything might be as portrayed above.  Oh deary, deary me.  😐  🙁

ODA COMMENT:  As/ 1 below : Still to be reviewed proper, but chilling so far.

ODA COMMENT:  Still to be reviewed proper, but chilling so far. 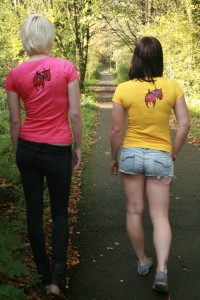