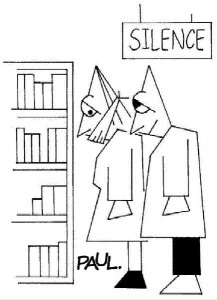 A Recent Twist to Historical Evolution Common:
Pre:
All trades evolve and adopt ‘Trade Talk’
That’s the way it is and always has been.
A language of trade terms, and usually some type of altered structure of announcement,
peculiar to the speakers calling particular, has been inherent in UK since records began.
Such has been known and accepted ‘as is’ by most in/out of any trade particular,
since ‘Adam was a lad’.
Also that if such was spoken outside trade circles in presence of those unable to comprehend,  then it was customary, in polite society,  to offer a translation of that being talked about to any incidental present in company but out of the trade being spoke of.

Today:
The massed cohorts of social work, and affiliated O&S, have evolved their own language
between themselves, as is to be expected.

Unfortunately they didn’t offer any means of translation assuming that their modified versions of English were understood by all.
They were and are, not.
They then noted that by bringing their trade talk to open meetings / exposing it to the public at large, confused any/all out of trade.
A ‘magic circle’ was born, those within shielded behind a shield of verbal confusion shown to those without.

From there, they developed their shield of smoke & mirrors apace.
It came to be pronounced as Lingua Franca and therefore should be understood by all.
As/ above – Few without the ‘trade’ could.

2 : Organisational Structure:
Prime:
‘On top of every pile of poo, you’ll always find one turd’
Ergo:
From that, if you are to be top turd, it follows that you need to build the pile to sit on.
How stable your pile particular might be depends on factors affecting upon it
AND
The constituent ‘building blocks*’ and their arrangement within the pile.
(*Yes that’s enough poo for now.  Ed)
If you have strong forces acting upon your pile, then you need dynamic blocks to deal with such.
If you have weak forces acting upon it, then inert time serving ones will do admirably.
An organisational prob universal:
Dynamic blocks are hard to control, inert ones not.
(The second can easily be bought and kept in place with low stable pay, favours and trinkets of little worth,  and the promise of a job for life with good holidays and early retirement            +  the odd 6 months off with stress)

3 : Organisational Feeding:
If you’re a feeder of piles from Treasury funds, then the bigger your spend, the bigger your kudos, salary, and most important, your end pension.
(And you get the best quality rug and paper basket available to Whitehall offices)
It therefore follows that you need to expand your personal empire pile particular to suck out the maximum from the national coffers.
This can only be done in two ways –
A plea for more for better quality.
or
A plea for more for more of quality average or below.
(OK – You could plead from/for both aspects at once but the above is the basic dichotomy of the situation)
ie Which track you steer your particular train down is a judgement of Quality v/v Quantity in its ability to ‘extract the max’ from The Treasury:
After all your mate in the MOD (for eg), down the village street of Whitehall, can do this quite easily by perpetually pronouncing his dept needs brand new bright and shiny bang-sticks for the squaddies various.
OK they then proceed to bugger it all up, mainly by overspending on one pet project for reasons I’ll leave you to decide*, but they always have lots of men in white coats and tweed jackets on hand to explain why.
(*Far be it from me to cast aspersions etc)
Bottom line for your Haupt Apparatchik calcs:
Your mate’s building blocks, both bods and kit, are, and need to be for use in field, of far better quality than yours, and therefore are going to cost more.
(That is thought ‘naturally’ / ‘necessarily’ more expensive aka ‘@ anybody’s costing aspect view’)
Therefore the only way forward for your empire is to encourage the spread in size of your pile particular, bulking it out with as many make-weights as you can get on board.
Such is the way of national organisation.

So, there be the results in effect of the historically latest game on the Whitehall playing field:
1 : A shield of bullpoo-speak to hide behind.
2 : A confused, if not befuddled, subdued dependant population.
3 : Another pile for a top-end apparatchik to sit on and ride towards knighthood.

READ-ON DEAR READER, READ ON.
The above is just a description of one part of governmental structure
The following is the use they make of the tools they pick-up from the messe:

To start the ball rolling:
eg 1:  Of Topic Current:
‘Tax Avoidance’
Ye Politico Chorus:
‘We will stop such’
(Or wording of nearest metric equivalent)
Sung by all the politico actors current.
Errrrrrrrrrrrrrrrrrrrrrrrrrrrrrrrrrrrrrr . . …….
They’re talking out of their botties.
(Twas but it ever thus so / SNAFU. Ed)
Tax AVOIDANCE is legal.
Tax EVASION is not.
ref Lord Denning’s LM Ruling concerning same.
! LOOK IT UP !
Now, would you believe (?), HM’s esteamed Gvt of any of our fair days recent have access to legal advice*.
(‘Surprise, surprise’ I hear you enjoin)
(*Wonder if they get legal aid still . . . ……. to be contd)
Back to Point & Further:
A lot of ‘The bods of The (HofP) Chambers’ are indeed of a legal background
eg The Blair, Anthony.
(‘Surprise, surprise’ I again hear you enjoin )
So – A Conclusion:
From the almost uniform predilection shown by politicos of all flavours for banging the drum of
‘Anti – AVOIDANCE’,
it is held that this can only be considered to be done by them in order to insert the thin end of a wedge into every-bodies door (both fiscal and literal) to facilitate the grand and easy entry of The Inland Revenue* dogs of war.
(*Or wotever they’re calling themselves this week)
A Conclusive Ergo:
Another tool of totalitarian control has been slipped in by changing just one word for another sounding very similar !

eg 2:  One of habitual and virtually consistent misuse by ‘Ye Media’ primarily  +  Others various/ most: The use of the word ‘may’ at all times to describe the non certain

I close now noticing it’s time for Evensong
Prayers:
Dear Lord,
Please, please, please send back Enoch ASAP – for fucks sake.
At least he knew wot was wot and how to speak proper.
(In Greek + Latin if needed*)
Amen.

*Now, do you see historical precedence yet ?
For the undecided:
The State’s prime main players of yesteryear:
CHURCH + LAW + MEDICINE
found that if they kept Latin to themselves and hid behind it, no bugger outside understood owt and they could carry on with business as normal between themselves and beyond scrutiny from out pulling the wool over the eyes of those below the salt with ease.

I find I do have to counter Ed in the form of today’s great parlance:
Wotever.
🙂
Ken A’fka.

Oh, deary, deary, me.  🙁
Still, I see we’ve now put the Sub Notes standing plea of reminder from Plat –> Std Deutsch so as not to confuse the masses.  🙂

Shurrup and let’s gerron with it, me tea’s gerrin cowd. 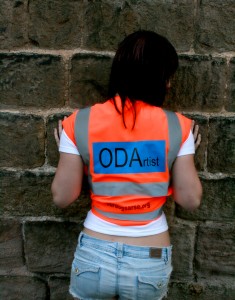