If No News Is Good News,

How Is It They Keep Manufacturing It ?

We start this year off with two letters to our Agony Column from what appears to be                   (post code addresses only given)  the same married couple who write separately on their own account:

Dear Aunty Agony ODA,
I’m just a normal ex-model London housewife who spends most of her time in Town and occasionally some at our little country place but that has had to be curtailed recently even though my husband keeps saying to me he is going to the country but it never seems to happen.
Whatever, my main concern is that even though we’ve had the odd ups and downs over the years like all couples do, I would consider all past usual for situation and was firmly of the opinion all was well overall until recently something queer has got into my husband since he met a man called Nick and he is now bending over backwards for people he would never had entertained before.
It appears to have produced a funny problem:
All the people I know in the country don’t want to see us any more, but they keep phoning him and asking him to go to the country . . . …..  ? ? ?
What can I do ?
Samantha.
WC1.

Dear Agony Uncle ODA,
I’m just a normal ex-Eton boy who has recently been in partnership with whom I thought was a very nice man but have found out since he’s been going behind my back and is now making me do things which I consider unnatural
(We had to get together as alone nobody wants us).
All my friends, especially the country ones, are deserting me saying he’s a bandit and they’ve put up with enough and if I like what I propose so much then I should sod-off with him and practice it in Bulgaria and Rumania  where there’s shortly to be lots of space and nobody to bore into me from behind but him.
The thing is if I dissolve the partnership then we’ll both probably be out work as all our sponsors will go elsewhere
(Most prob to this new bloke called Nigel who is out to take all our jobs by promising to do as he says,  which everybody I know in our trade agrees is jolly unsporting and most bad form)
Which way am I to turn ?
David.
WC1.

Oportet Operam Dore
However,  me thinks,  it just depends what you’re working at.  😐 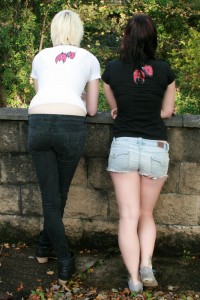 >  THIS PAGE  :  Description  :  Delightful excerpts from our bountiful postbag   <
>  THIS PAGE  :  Make-Up  :  Missives mostly to those it would be better to dismiss  <

All times noted to writings to    >Railway Time=London Greenwich<    * PROPER.
None of that funny foreign  ‘Eastern Seaboard Time’  etc
Which they use in Sealand (!)
or even any of that  UDT.
(Lark wot owr milkman ‘as)